Fresh Eyes: The Evolution Of Vision 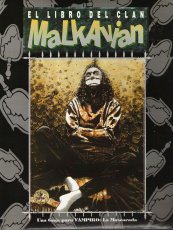 We know for certain, for instance, that for some reason, for some time in the beginning, there were hot lumps... Animals without backbones hid from each other, or fell down.
The Firesign Theatre, I Think We're ALL Bozos on This Bus

So they put their potentially eternal life on the line and, in fear and hot water, they organized themselves into multiple-celled critters. In that transcendent moment they OPENED THEIR FIRST EYE! Not an actual eyeball, of course, but a collection of real, working nerves.

Good move! Now they could FEEL their connection to the chemical soup that swarmed about them and knew far more about What Is Out There. This gave them a tremendous advantage over the sense-less ones, whom they ate. The dark, quiet, still, flavorless pool of slight chemical variation became an active sensory bath of pinches, bumps and strokes. Quite inflamed by this new flood of data, the nematode nation invented sex. Another good move, because not only did they multiply like crazy, but in that magic moment of frenzied fornication, they also came into contact with a quiet feeling deep within their nerve clusters.

There was still more to know! Though the rest of the worms scoffed and called them mad, the pioneering few concentrated their nerves in the direction of the faint, faint, impossibly faint stimulus that beckoned to them and, in a transcendent moment, OPENED THEIR SECOND EYE!

Light! Sound! Color motion pictures! Good move again! More of the universe unfolded, a sensual cornucopia of information about What Is Out There and their connection to it; and they gorged themselves on it - eating, reproducing, and watching 500 channels of cable TV. One frenzy of sensual fun later, the organic soup was filled with these Children of the Organized Nerve Cluster.

Though deep within their ganglia they knew there was more to be known, most of them made the mistake their single-celled ancestors made so long ago. They scoffed at the notion that there was any more to be known and any more ways of knowing it, and called any dissenters madmen. Well, sir, a pioneering few again concentrated their awareness on the still, sweet sound that lay across the chasm of sensory awareness, stirred something somewhere within the recesses of the glandular system and, in a transcendent moment, OPENED THEIR THIRD EYE!

Good move yet again! They received messages and sensory information unknown to the average cow or market analyst and just as hard to explain to them as it is to explain trigonometry to a meal worm. They took another quantum leap forward in knowledge about What Is Out There and their ineffable connection to it. But the rest of the cows and market analysts call them mad. Well, twenty-three zillion bacteria said the same thing a hundred million years ago. And guess where they are today? They're still bacteria!

So I say to you, be mad! Be willing to be insane before the rest of the world. Wear your individual madness proudly! Overcome the tyranny of your current neurological input devices, and Take Leave of Your Senses!